Skip to content
Home/Who We Are
Who We AreCatholic Charities 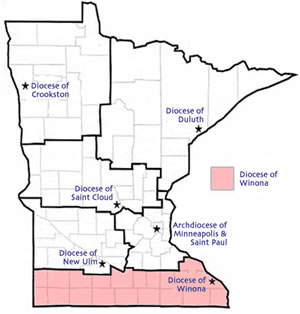 Catholic Charities of the Diocese of Winona-Rochester is a not-for-profit corporation of the State of Minnesota. Incorporated in 1947, Catholic Charities enjoys tax-exempt status under Section 501 (c) (3) of the Internal Revenue Code.

Bishop John M. Quinn is the President of the corporation. Shanna F. Harris, as Executive Director, is the corporation’s Secretary. The corporation’s Board of Directors, appointed by Bishop Quinn, represent all geographic areas of the Diocese. The Board meets five times a year. Directors are appointed for a three year term and their terms can be renewed for one additional three year period.

Each year the staff and volunteers of Catholic Charities help children, families in crisis, vulnerable adults and seniors, refugees, the poor, and the unborn – regardless of age, gender, ethnic background, faith tradition or ability to pay.  In fiscal year 2017, Catholic Charities served over 7,951 persons living in over 3,717 households. Of those households where the annual income was known fully, 64% of them had incomes at or below $25,000.

Catholic Charities conducts its programs in accord with the principles of Catholic Social Teaching, which affirm the sanctity of human life and the dignity of each individual person as a child of God. 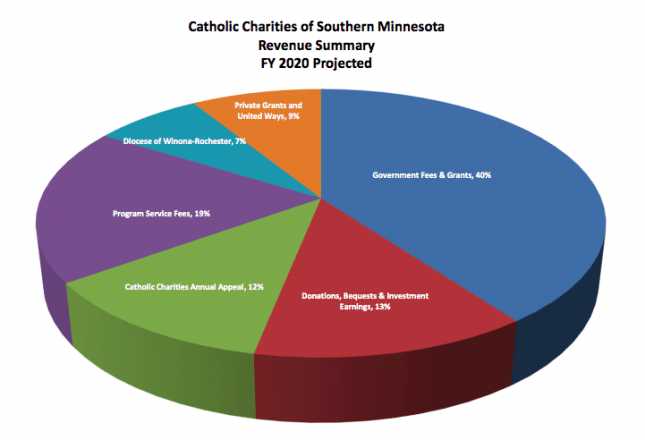 Approx. 25% of funding comes from the generous support of the people of southern Minnesota.